"Be joyful in hope, patient in affliction, faithful in prayer. Share with the Lord’s people who are in need." 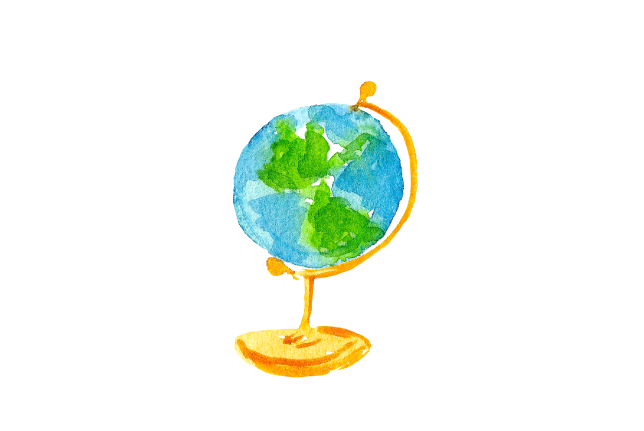 Start Something That Matters

This book, written by my entrepreneurial idol, Blake Mycoskie, was the impetus for me to finally figure out what it was I wanted to do with my life. It wasn't until I fully captured his work I understood I could do well by doing good.

Words cannot adequately express the impact Brené's work has had on me. Her research in vulnerability changed my perspective on life completely and I will never go back to a timid, fearful, sucked-in life again.

You guys, I need to write about something I’ve been afraid to broach for quite some time. And it’s failure. Specifically, mine.

If you’re reading this, you know me and know about 10 years ago I had an idea to start a fanny pack line. I was drawn to the neighbors in my community who lived on the street, whom I saw every day, and I wanted to find a way to help them in a consistent way. For about a year prior to this, I was leading a ministry called Meet the Street where I had people come together in my home to make chili and accoutrements, gather it up with some water and socks, and walk my neighborhood to hand it out and let people know they were seen, cared for, and not forgotten. We existed so show people they belonged.

Well, when two people who served with me and my mom both moved away (to Central Oregon, what a dream!), Meet the Street kinda fell by the wayside because getting people to be interested was just too exhausting with everything else. So, it was time to implement my dream: work for myself by 30! I picked fanny packs because no one was doing them, not because I saw a big resurgence anywhere. I simply thought it would be much easier to enter into a space not overrun with competition. I mean, my knowledge bar for entry was pretty low. I’m just a “I see it, I want it, I’m gonna get it” kinda gal.

You most likely know the story and, if not, you can read more about it here. Anyway, I did it. One of my favorite things is creating something out of nothing. Like, one day it wasn’t there and then, with persistence and team work and a lot of Googling, it is! And that was hiip. It was so many late nights and figuring out how to trademark my bags (reading pages of patent law was the solution there) and working with manufacturers and social media managers and seamstresses and and and… It was, for many years, the love of my life. I had invested so much of me (and all of my money who am I kidding) and sacrificed many other dreams to achieve it. 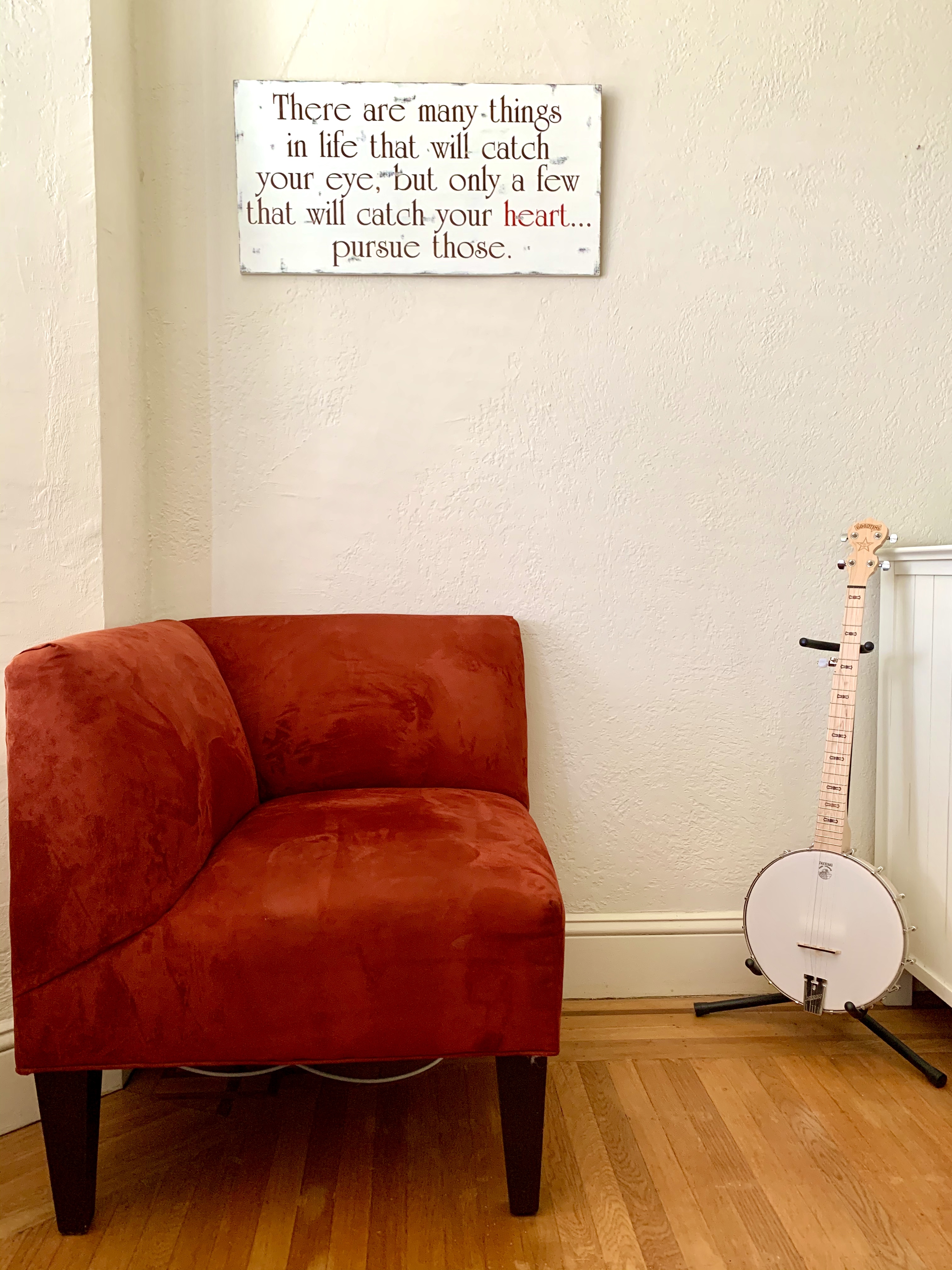 I loved it. Then I stopped. After four years of trying to figure all the things out, I was so tired. I had hit a wall with what I knew. I didn’t know how or what to Google anymore. I had run a successful Indiegogo campaign where we hit $15K in 30 days doing what I hate I think most in this world: promoting on social media. People donated. They bought bags for themselves, for friends, for coworkers. They supported me because they believed in me and in what I was doing.

But then, I stopped. I had stepped into an arena I could no longer compete in. It was too hard. I remember so clearly sitting my mom down on our couch and telling her I couldn’t do it anymore. I was lonely and verging on depression. I wasn’t making enough money to do anything, namely travel which gives life to my bones. I couldn’t go out with friends, I didn’t talk to anyone throughout the day. I was so lonely. So I simply stopped.

To this day I’ll go into my mom’s storage area, where all the extra bags are sitting, and I’ll look at them and I’ll be so proud of myself for creating something so wonderful*, that meant so much to me. I honestly think these bags are so cute! Even though I know every single thing that could be better about them… Which, if I'm honest, could be another reason why I stopped. It’s hard to fail on a normal day but it’s even harder failing really hard in a populated and well-lit place. *FOOTNOTE: It’s so ok to be proud of yourself sometimes! END FOOTNOTE

And then, fast forward four years, this horrendous virus hit. Work moved us home, California was told to stay inside, and about three weeks in, I was overcome with a pull to do something for those who were out of work. I mean, entrepreneurs can’t NOT entrepreneur for only so long. And I just happened to be sheltered in place at my mom’s house at the moment. And it just so happened the best place for me to work was my old office.

So I went to the back, unlocked the door, and realized immediately what I had to do. I had bags to sell and people needed money in their pocket. I didn’t want to do it, I just knew I needed to do it. Why not? Because, I had failed the first time, of course! What an embarrassment to start again now! All of those people who supported me would wonder what in the world I was doing back.

I had not only failed myself. I had failed them.

You see, when I left Genentech - where I worked for about eight years prior to leaving - they sent me off with all the gifts and well wishes. I was holding on to their dreams. They were so proud of me! I was boosted out into my new world with so much love, support, and faith… People donated to my fundraising campaign! And then I stopped.

And it’s here I feel like I owe everyone an apology. I couldn’t do it. I couldn’t swing it. I got so tired. I cried so much. I cry so much. It’s so hard, you guys. It’s really, very hard. I mean, Ben Horowitz wrote an entire book on it. (Though honestly our outcomes are just the slightest bit different... I digress.)

But then this virus. And an ache in my heart to stand in the gap. To say “yes” when the more desirable answer was “no.” My friends needed help. And so I reached out to a friend who was strong where I’m weak and said, “I need you. I don’t know what I’m doing.”

And, after four years, I got back up. Fearful and dusty, I stepped back into the arena. I set a goal (that is completely insane what was I thinking) and I aim to achieve it. After three weeks in isolation, away from friends, in a collective global trauma, I finally cried. I cried and I cried and I cried. Honestly, I haven’t stopped crying since. I don’t want to do this. I don’t think I’ll make it but I will be damned if I don’t try. It's the high aim that makes the journey richer. And so I allow myself the tears.

It’s not lost on me how I’m starting again in isolation. I can’t meet friends out for a drink to decompress. I can’t hug someone every night when my tears, brought on by fear and anxiety, rack my body. I don’t get to walk to my friends’ desks at work when I’ve had a fitful night of sleep. I am getting back up right where I stopped in the first place.

But I guess that’s the hard thing about hard things. They’re, well, hard. We fail ourselves and others in the process of trying to figure it out. And then we continue on because it’s just how we’re made up. I didn’t want to start hiip up again because I’ve been scared. We’ve been down this road before. I am embarrassed. I’ve let so many of you down. For years, I have been so aware of how I let so many people down. I should’ve been able to do it… and I couldn’t.

But after four years, I realized the best thing I could do was get over myself. Because, as Bob Goff says, Love’s asking price is everything and there’s no negotiation. Live in grace, walk in love. So that’s what we’ll do. I’ll apologize here for letting you down. For asking you again to support, for not making it through in the past. I will allow myself the grace for doing so. It's ok I wasn't able to make it then. It's even better I'm starting again now. There’s not a going rate for addressing the times we’re in. We’ve just got to give it all we’ve got. And we’ll walk forward together in love.

“It is not the critic who counts; not the man who points out how the strong man stumbles, or where the doer of deeds could have done them better. The credit belongs to the man who is actually in the arena, whose face is marred by dust and sweat and blood; who strives valiantly; who errs, who comes short again and again, because there is no effort without error and shortcoming; but who does actually strive to do the deeds; who knows great enthusiasms, the great devotions; who spends himself in a worthy cause; who at the best knows in the end the triumph of high achievement, and who at the worst, if he fails, at least fails while daring greatly, so that his place shall never be with those cold and timid souls who neither know victory nor defeat.”