Years ago I penned a letter to a beloved friend as our journey together was coming to a close. These are the words, adapted for a longer-standing 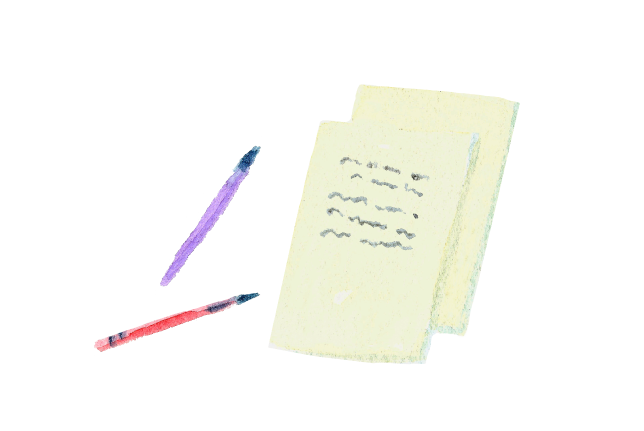 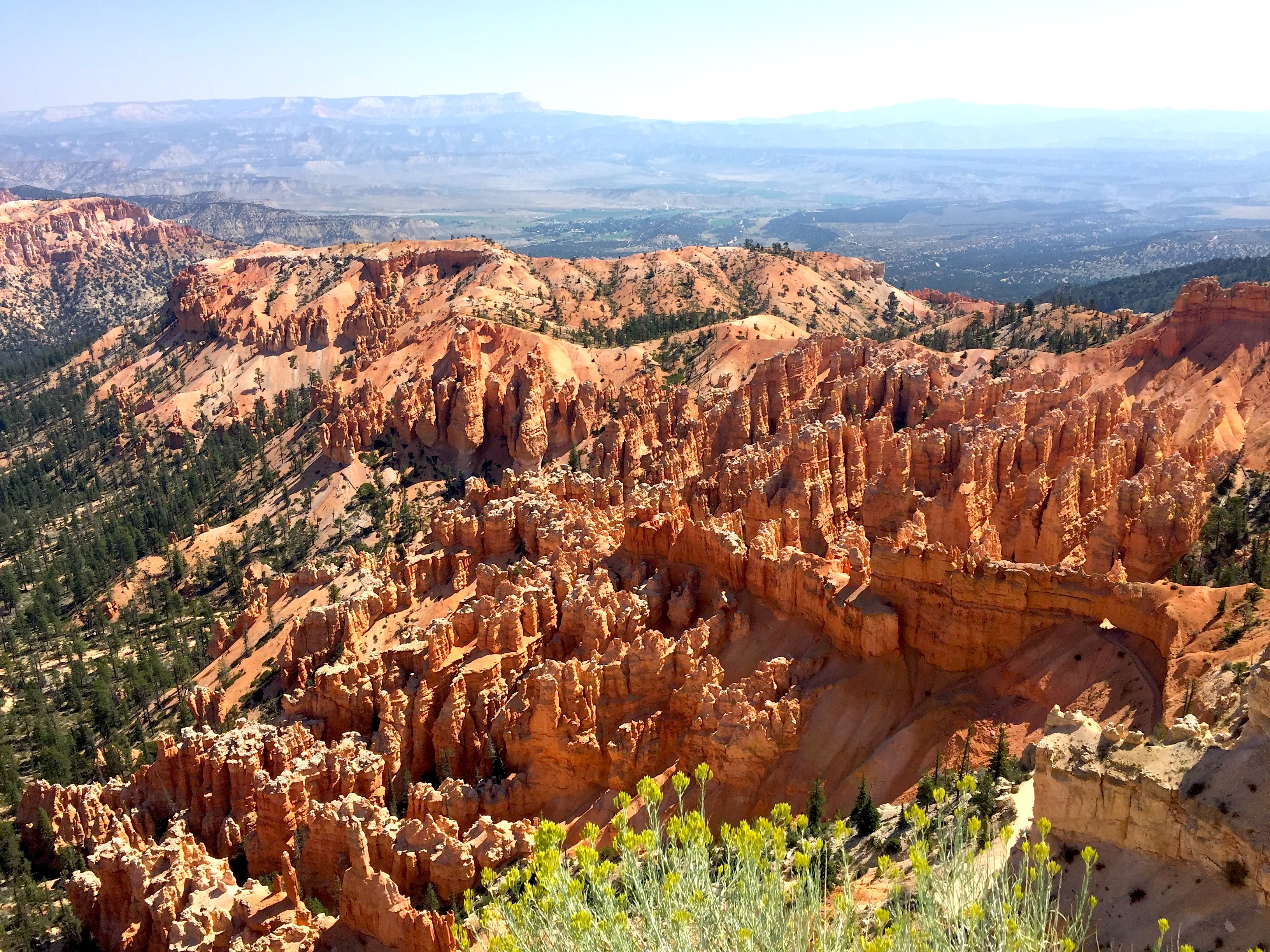 Nehemiah is my favorite book of the Bible. Well, I have to say it’s maybe a toss-up. It’s my favorite book of the Old Testament because the truth about social mercy James drops has blown me over in my maturing years. Anyway, no need to split hairs. Nehemiah’s basically right up there in the top four next to Priscilla and Deborah (because they were women and freaking awesome and ruled and taught and nailed it). He basically just kicked so much ass. Am I right? I mean, he was the rich cupbearer to the king and then just up and quit and said "I need to go build this wall." Before him, though, as noted in Ezekiel, God was in need of someone to stand in the gap for Him but there was no one to be found. No one! In all of Israel! No one to rebuild His wall. For years.

Did you know Noah worked on the ark for 120 years? I seriously never got that. I thought he was 120 when he worked on it... or something. Nope, turns out, Noah endured 120 years of mocking and embarrassment, of asking his friends and neighbors to turn to Jesus and away from themselves. They didn't understand his call. They didn't understand, from the outside, what God was doing and why. I mean, seriously. Why build a boat when it's not raining? They most likely thought he was wasting his life away, avoiding doing something "real" with it, buying time before he had to "figure it out." So Noah was alone, with his sons of course, in building a boat for water that wasn't coming. And it didn't come for 30... 50...90... 120 years. But he was faithful, daily, in his pursuit of the Lord. Even when no one else believed in the reasons or purpose, Noah didn't falter in his call.

And then there was David. This guy. I always think of him as King David, mighty ruler, skilled warrior. Way before he was to be king, though, David was so forgotten by his own father he wasn't even invited as a son when Samuel called on the house of Jesse to find Saul's successor. (!!?) He wasn't the talented one. He didn't have all the know-how his brothers did. No one invested in him. He was the kid in the field who sang songs to sheep. David didn't have extra anything. But God saw something in Him and chose him above all the rest. Sure He knew David would let him down and have sex with a married lady and kill her husband and almost be killed by his own poorly-raised son (these are the days of our lives) but He saw his heart. As a boy, with a sling, with his two hands, he chose David to kill a giant, save his people, and precede his Savior. When no one afforded him anything, David had to have God-given confidence in his call.

God found Gideon hiding in a winepress from the neighboring army out to kill the Jews when He called him to be a judge of His people. In response he was like, "Um, thanks but seriously I'm kinda busy being mortified right now." And then you know what the angel said to him? "Go in the strength you have..." Say what now? This guy was hiding in a cave, a basic nobody in a no name clan (well, it had a name but was for sure not the most important or anything). What strength did he have? Finally the angel and God got G on board to the whole leading his people to victory thing but he still needed three signs before he really bought into the deal. Hey, he wanted to make sure God was really calling him to something great. But he also had to change the way he talked to himself. He had to believe he was chosen. He had to believe God was going to work through him to accomplish His goal. He had to believe God would provide at the right time and in the right way to save the people. Gideon was scared but he trusted in God over himself and was sensitive to his call.

Caleb is often overlooked in the Old Testament saga he shares with Joshua. He waited 40 years for the promises of the Lord (to see the Promised Land) to be fulfilled. He didn't wait around for it, though. He went out, even in his old age, and fought for what was due him. He just was like, "I've been waiting basically forever, Guys, and I want my milk and I want my honey. Let's go get it. Please. I'm 85 and not getting any younger over here." He persevered. He didn't expect God to simply give him the land owed to him. He fought alongside others and for the good of his people. He fought hard for what was already due him. But he never forgot the promise. He kept his eye trained on his call.

Brade, I know you're scared to truly pursue this ranch. I've said it before and I'll say it again here: God needs you to stand in the gap for people you don't even know yet. They need you to answer the call. They need you to create a place so they can be rescued. Not when you're 60. Now. They need you to, like Noah, work daily; like David, have confidence; like Gideon, change how you talk to yourself about who you are; and like Caleb, never stop whole-heartedly pursuing what God has placed on your heart. They need you to commit to it. As hard as that will be for you.

You have told people from Pennsylvania to Texas to California how you're pursuing the ranch and I just want to caution you, as you head into this next season of learning farming, don't make our God out to be a liar. Do not mock Him. Do not say one thing and do another. James 4 talks about boasting about tomorrow and only wanting to walk the steps willed by God but in verse 17 he says something we often overlook when we're reciting the overused previous verses, "If anyone, then, knows the good he ought to do and doesn't do it, it is sin for them."

It's time to stop making excuses. If God called you at 18 to start a ranch where you'd minister to and raise up young men and those forgotten in society, then go stinking do it. Stop blaming others for their lack of belief - you haven't done what you said you'd do. It's frustrating to people who want so badly to support you. Stop blaming your dad for being an awful father - this isn't his battle to fight. You know what you're supposed to do and it's time - with all of the experiences you've thus far amassed in 13 years - to grow up and live it out. You have every ability in the world and you have a God who made a way when He placed it on your heart. Don't be scared. Stop being scared.

Speaking of your dad and your feelings there. In Mark 11:26 we're told to forgive anyone who we hold anything against. Because if we don't, God won't forgive us. We can't move mountains (22-25) if we harbor bitterness towards others. It's time to seek counsel on how to forgive your father, release your father (thereby releasing yourself!), and move forward into a new relationship with your father. Stop making excuses. It's not him. It's you. It's not God's design for you to allow his behavior to have such control on your actions, or lack thereof. You have hung on to that crutch for far too long. You will never be his savior. It's about time that sinks in.

Put in the hard work to build what God has called you to build. It's going to take effort! And tears and struggle but get to it! When you trust in Him, the rain will finally come. The giant will immediately fall and within short time the kingdom will be yours. God will provide resources where there were none for you to rely on (seriously read Gideon's story). The Promised Land you fought for will be realized. It's time to make the real decision to pursue Jesus, pursue the ranch, allow others to walk alongside you. None of these men did it alone... not one. You can't either.

Anyway, this made me think of my favorite verse in the Bible. Right there in the sixth chapter when Nehemiah is like "you guys are making the weirdest stuff up" (paraphrase) "trying to scare us and all." And then he prayed the BEST thing I have read in all of the Word. He didn't pray for the Lord to release him from the call. He didn't pray for his enemies to leave him alone. He didn't even pray for someone to help him. He simply prayed, "Now strengthen my hands."

I have two prayers for you in this next season of life: For the Lord to strengthen your hands for the difficult work He has called you to do and for you to walk in the strength you already have.

You are believed in. You are cared for. You are championed. Go live into it.